Often we wonder how some kids are smart than the others and have a different way of looking at things. It is mainly because of the kind of exposure that they were given. Nowadays, with the aid of technology, kids are becoming more creative and discover new ways to use gadgets to suit their purposes. However, the development of creativity in your child lies on and off technology too.

How it works
Creativity is the ability of a child to express their uniqueness. Wherever they go, it is their creativity, their ability to be different is what observed and retained in people’s minds. Being creative requires not only the child’s effort but the parents’ effort too.

Parents should not merely be the spectators of a child’s creative process. They must be a part of the process and support their child. It can be done in a lot of ways. Here are a few steps on how a child’s creativity must be developed.

Do not impose
Forcing or imposing your child to do something may lead to disobedience or rebellion, sometimes. It is not going to help the child. If the child is made to be submissive, then they won’t develop their way of thinking. One of the initial steps in developing a child’s creativity is that the parents must not force them to do something which they don’t want to.

Give them space
It is a result of the previous step. Do not impose anything on the child and give them their space. It allows them to have freedom in their thought processes. Constant prying into the child’s activities may make them feel awkward, and they will stop thinking and let the parents have the upper hand. So, it is important to give them space so that they think and figure things out on their own.

Do not say no to the imagination
Children develop much of their creativity by imagining things in their head. That is why fairy tales play an important role in the creativity of children. The stories spark their imagination, and it can lead to them thinking about new stories in their head. Imagination also comes to play when the child is given necessary materials to produce art. The world of drawing books, paints and crayons are a delight to children. They bring out their thoughts using bright colours, which also exposes their imagination.

Encourage your child to colour using different colours. Don’t ask them to stick to the boundaries. Let them colour outside the lines. Let them come up with their patterns and drawings. It is what keeps the fire of imagination burning in them.

Allow them to ask questions
Most of the parents ignore this. But, this is one of the key factors in developing a child’s creativity. Let your child question about everything. Do not allow them to conform to the rules of the society. Let them ask questions and learn it that way. And also, you’ll be surprised by the amount of logic that a child has. Let their curiosity be given importance. Answering the questions comes later. Allow them to express their curiosity. This goes a long way in explaining how the thoughts of the child are taking shape.

It is indeed very tough for a parent to follow all these steps. Monitor your child but let them free. You will be surprised by the results this will have on developing the child’s creativity. 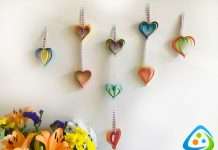 How to build a strong relationship with your child 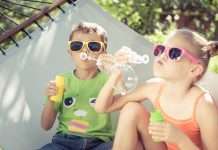 All about telling lies 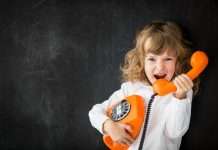 Teach your child to cope up with their anger 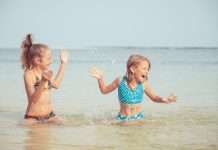 Teach your child to swim without swimming lessons

Problem solving – the art and creativity

Overstimulation in Infants and Children

October 8, 2018
Change Location
To find awesome listings near you!
X