Whether it is swimming, cycling, tennis, football, or one of the many other sports our kids get involved in, there is always that sport that seems more popular than the other games in Australia.

Team sports are one area that Australians participate in well. Australia is often ranked in the top 5 teams worldwide in Cricket, Rugby Union, Hockey, Netball, Rugby League, and Basketball. This is a fantastic achievement for us given that we have a population of approximately 23 million. The Australian game, Australian Rules Football, is our number one sport played professionally in Australia. We are the best in this game as we always top other nations including Brazil, Germany, and Argentina.

1. Basketball
Basketball is the second highest team participation sport in Australia. It has around 748,000 6-13-year olds competing regularly. The growth of basketball can never fall due to the involvement of the grassroots organisation basketball teams. Kids enjoyed playing basketball because of its fast, free-flowing action. It is suitable for everybody of any age.

2. Soccer
Soccer (also known as football) is a world game, and it is widely known in Australia among kids. Its popularity is close to that of swimming with over 1.194 Million kids playing soccer regularly. The growth of soccer among kids is recognised by the growing success of the Australian women international teams, the Socceroos (men’s team) and the Matildas (women’s team). These two teams have won the Asian cup and have made it to finals in the last two World Cups. The A-League Soccer continues to grow in popularity.

3. Cricket
Cricket is a national activity in Australia. Cricket is a very popular sport among kids in Australia with many strong international teams that play for the country with a passion. Australia is recognised around the world as a top cricketing nation with their iconic players like Dennis Lillee, Merv Hughes, Don Bradman, Shane Warne and Ricky Ponting. There are a lot of other kids in training camps that will like to pick up the bat and ball and go for cricket nets for Australia. Currently, there are 631,000 juniors actively involved in different cricket competition.

4. Netball
In netball, Australia’s women team is popularly known among several international competitions where they maintain a fierce, long-running rivalry with their counterpart from New Zealand. Although women play netball, more men are getting involved recently. Netball is mainly popular in different communities and schools across Australia. It currently remains the most common team sport for women in Australia. 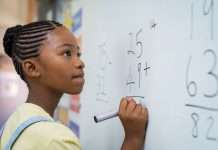 How to help your child enjoy mathematics?

Top sports for girls in Australia

The right time to start your music lessons 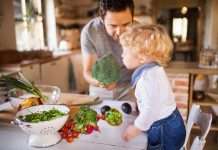 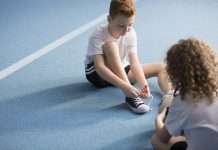 How to Tie Shoelaces – Help Your Kid Learn Shoelace Tying 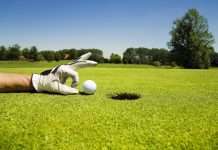 What kids should know about cheating

August 27, 2018
Change Location
To find awesome listings near you!
X