People have their special diet due to various reasons. Some people cannot afford all types of food and remain thankful to get a particular type of food. It is their special diet. Some people prefer to eat some types of food, and some deliberately reject some types of foods for some reasons like health, religion or culture. So some people in this world are dependent on the special kind of diet for special reasons.
This article gives you a brief explanation of different food habits, so if your child wonders why one people do not eat pork and other do not eat beef, you can give an answer.

Religion Influences the Diet
Muslim and Jewish people do not eat pork. Other meat that they eat should be cut specially. In these two religions, it is advised to cook and keep meat separately from other foods. Hinduism does not allow eating cows, as in their understanding, cows provide milk, and from milk, we prepare various types of nutritious dairy products.  And apart from that, cows are holy animals. So, leave cows.  Hinduism encourages vegetarianism though they do not enforce it. Some Hindu people eat the meat of some other animals but not a cow.

Some Buddhist people are vegetarian, some Buddhist eats meat but not beef, and some do not touch even dairy products. Some Christian people remain vegetarian only on Friday. In some religions, there is a system of observing fast at certain times of a year, and they eat a special type of foods in the festival times.

How Culture Influences Diet
Some animals are regarded as pets in some countries whereas the same animals are killed to get meat in some other countries. Some people eat hot and spicy food, and some eat plain food. In Australia, there is a wide variety of people, and for this, they enjoy a variety of foods.

Some people’s diet mainly depends on the part of the world they are living in. Some people live in an area where there are no such big markets. So they have to be content with some types of food which is available to them. Some people are not so lucky to afford all kinds of food due to financial reason. In some countries, due to some climatic conditions, some foods are not grown there though there is a system of eating those foods there. For this reason, they have to import that type of foods from other countries. But, unlike them, the people of Australia are lucky enough with wide varieties of foods.

Belief Influences Your Diet
Some people believe that vegetarianism is the right thing as killing an animal is a wrong thing to do. There are divisions among vegetarians also. Some vegetarians eat fish and eggs, but some vegetarians eat only those foods that they get only from plants and trees. People in some part of the world eat foods that other people will not consider to be food, something like ants, chicken’s feet, octopus and insects. Special diet mainly depends on the availability of the food.

Other Reasons
Some people follow the special diet because they are allergic to some foods, have a weak digestive system, they are suffering from some diseases or wants to lose or gain weight. So various factors are responsible for determining the special diet. 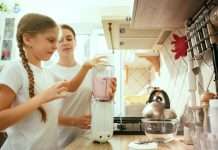 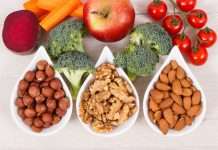 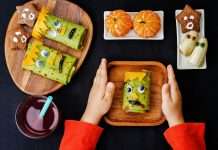 Getting kids into playing futsal

Overstimulation in Infants and Children 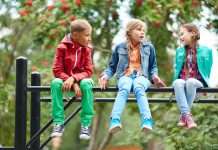 Ensuring that your child develops proper social and communication skills

How to build a strong relationship with your child

November 21, 2018
Change Location
To find awesome listings near you!
X