Parents feel the constant pressure to make sure their child is eating the right foods. Growing kids should eat a well-balanced meal including fruits and vegetables. However, they should also be able to eat everything served on their plate. If you can teach them this, they will grow up to be adventurous eaters. And in a world like this, it’s important to have the taste buds for everything. It starts at home at an early age. Here some tips to raise children in a way that they are ready to try new foods. You’ll not be facing a picky eater anymore!

Keep them involved
Make sure you serve them what the rest of the family is eating. Include them in the preparations for dinner if possible. Once your child eats at the dinner table, they should eat what everyone else eats. Let them know what’s cooking and what meal you are planning. Even if the meal is complicated, try to explain that to them. Keeping them feeling included is the key!

Teach them about food theoretically
You can try to introduce new foods and problematic vegetables through pictures first. Use games or television to introduce new vegetables or dishes you want them to eat. It is a great way to start. In this way, the child learns about it first. He might get excited to try it out in real life too. Take your kids shopping or to the farmer’s market and let them pick out stuff. If they are attracted towards something, show them what it is.

Everybody should eat together
If the whole family eats together, the child will develop better eating habits. They will notice that everybody eats the same thing and also finish their plates. It may not make them want to feel left out. So, to fit in with other family members, they would eat everything that is there on their plates. Avoid the television during meal times at all costs. Even if the whole family is not available for dinner, one adult should eat with the child. Don’t let your children eat alone.

Do not give in to their nagging
If you have more than one child, chances are they might demand different meals. One might ask for peanut butter sandwiches, and the other would want pasta. Enforce a rule that says that everybody eats the same thing. Everybody in the house is eating just one dinner. Although it is easy to give in, the long-term results of not caving in are better. The children might learn not to throw tantrums and eat whatever is served from the start. You could allocate days for the foods of their choice.

Do not decide for them
Let them develop their tastes. Do not judge for them. Who’s to say your children might enjoy smoked salmon just as much as a slice of pizza? Similarly, do not reprimand them saying if they will like it or not. Let them be the judge of that and decide for themselves. Even if they don’t like something, let them give it another go. Chances are they might end up liking it, and if you had interfered, they might not have reached this stage. If they accept or reject any particular dish, keep quiet and see how it turns out instead of remarking on it.

Hope these tips help you in turning your child into an adventurous eater. Remember, it all begins at home, and it all starts at an early age. Make sure you guide your child well and set a positive example for them to follow! 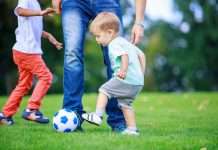 Top sports for girls in Australia 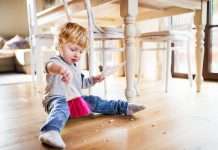 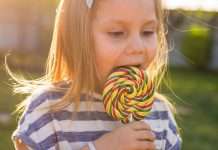 Ways to control the dessert-obsessed child 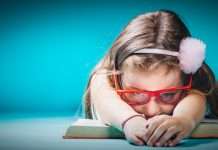 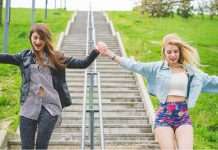 When you do not want to go to school

August 26, 2018
Change Location
To find awesome listings near you!
X