Boredom should not necessarily be considered as a bad thing, especially with our young ones. In today’s fast pace world, numerous stimulus in the form of television, computer and smartphones keeps them busy. But did you know that boredom is a healthy thing for your child? And that you’ll be doing them a favour by letting them get bored for a while every day? Here are a few reasons why:

Let them get bored so that they can get independent
It is empowering for growing kids to be alone. It develops in them a sense of independence and a deeper understanding of themselves. They work things out on their own and end up learning a thing or two in the process. It will also teach them to not be uncomfortable as adults when they are alone.

Boredom will bring out the creativity
People and children especially have been getting bored since the dawn of time! But that is the exact time where you become inventive and creative. The same applies to children as well. When left on their own, children will think of ways to do something. It could be anything that the child has an idea about. However, these ideas only arise when it’s quiet, and they are alone with themselves.

Mental health is also a part of being bored
Many studies show that our brains need ‘alone time’ and timeouts for mental well-being. The same must apply to children too. It is because we process our experiences and memories during this downtime. It’s important to give our brains space and time to do so. Being constantly surrounded by the stimulus is detrimental to a child’s health.

Now that we understand why it’s good for children to get bored, we shall move on to the next part. Let us see what you as a parent can do to help your kids understand and embrace boredom.

1. Do not comply when they complain
It’s possible that at first your kids might complain and nag you when they are bored. But try not to give into that so that they can overcome the learning curve. If you give in, they might not be able to do things discussed above. Once they get past the negative emotions of boredom, it will get easier. So do not give into the bags with suggestions and choices of things to do.

2. Make an example out of yourself
Yes, for your kids to embrace boredom, they should see you do it too. Children learn certain habits from their parents. So if they know that you’re not just spending your time sitting idle, they might get inspired by that. It’s true that actions speak louder than words. You have to let them follow your example by setting one first.

3. Do not rush into this
Implementing fewer hours of TV or computer and phone time suddenly might not work. It’s best if you take it slow at first. Your children will appreciate that more too. Also, help them understand why and how you are letting them get bored. Let them ponder over it and understand themselves that it’s not a bad thing. And that getting bored will eventually work in their favour.

Hope this helps you to understand and helps you implement ways for your child to learn and grow better. 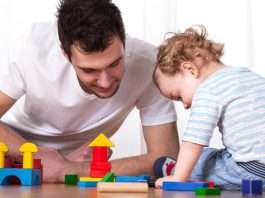 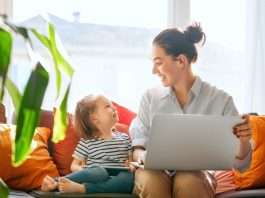 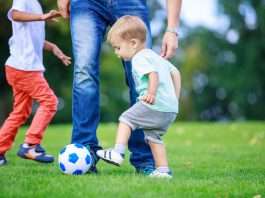 ABOUT US
At InfoKids our purpose is to help families find great locations, events and tips. Go Explore!
Contact us: info@infokids.com.au
FOLLOW US
© InfoKids Australia
Change Location
To find awesome listings near you!
X